The original thought behind this article was to highlight the reasons the New York Mets should acquire Dee Gordon over Todd Frazier.

As I was doing some research, my thoughts about Frazier have changed some. You can read about him here: A case for Todd Frazier .  It is possibly, and maybe advisable to bring in both Todd Frazier and Dee Gordon

He is a true lead off hitter. In the mood of Willie McGee and Ozzie Smith. Dee Gordon is one of the fastest guys in the league.

2016 was a tough year for Gordon. He tested positive for PEDs, and was suspended for 50 games. Soon after he returned to the Marlins, Dee’s good friend and teammate Jose Fernandez died in a boating accident.

It was a tough year for Dee, to say he least, and a year I’m sure he would like to forget.

The Mets lack overall speed, base running ability and lack a true lead off hitter. Micheal Conforto, a natural number 3 hole hitter, was forced to hit lead off for the Mets in their 2017 make shift line up. 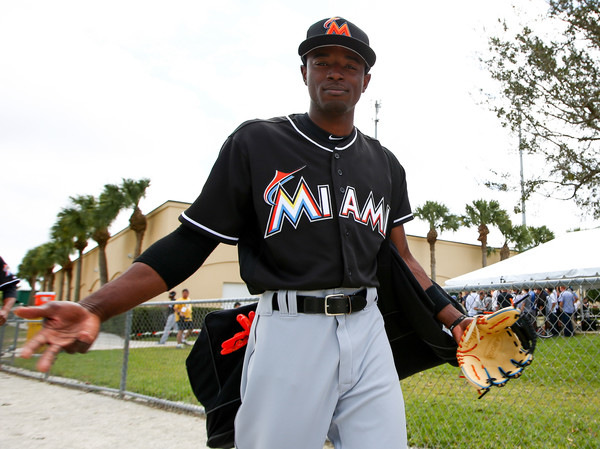 Adding Dee Gordon to the line up could add a significant spark to the Mets offense.

The Mets haven’t have a true lead off hitter- or a true stolen base threat, since Jose Reyes left via free agency.

Gordon also won a gold glove at second base in 2015. A double play combination of Amed Rosario and Gordon would be tremendously strong for years to come. Gordon- despite his PED suspension- would make an excellent mentor for the young Rosario.

Dee will be 30 in April, and signed through 2020. He could slow down over the years. 60 stolen bases a year, for the next 3 seasons might be unsustainable. Even if Gordon’s stole base tab is cut in half, that would still rank him in the top ten in the league each year.

The main draw back is how much Dee Gordon will cost. While his salary is manageable, what will the Marlins ask in return?

Would Juan Lagares, Seth Lugo or Robert Gsellman be enough to get the deal done? Or would the Marlins require a package of various up and coming minor leaguers?

Dee Gordon provides athleticism, speed, and a proven lead off hitter. He could be the spark plug Jose Reyes used to be.

Gordon also provides a much needed boost to the Mets defensively. They had one of the worst infield defenses in the league in 2017.

Cost is always a concern. The Mets need to add at least on veteran on the infield. They also could use an outfielder, and Sandy Alderson has stated the Mets might look to add a back end veteran starting pitcher as well.

There are many options the Mets can take. If the Mets are adding one infielder, Dee Gordon should be on top of that list.