The solution is not more bunting, either 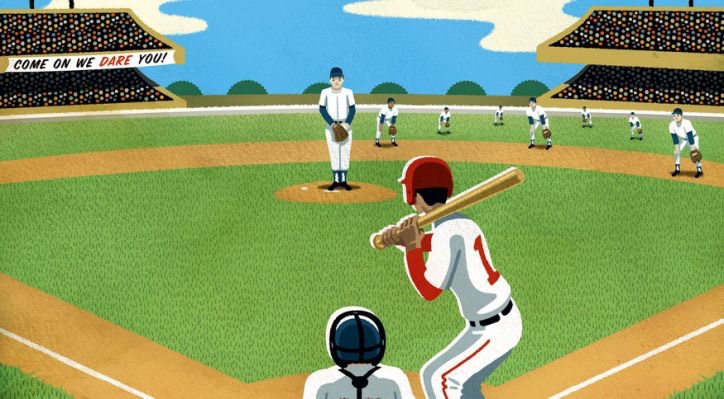 This is a bad idea.

The shift is a direct result of the launch angle movement around the league. Players like Chicago Cubs first baseman Anthony Rizzo are on record saying hitting four fly balls would be a good game for him.

With today’s pitching, the match ups, and all the information available, it is extremely difficult to string three or four singles together in an inning to score a run.

So hitting the ball hard and in the air has become the trend for almost everyone in the batting order. More balls in the air generally means more extra base hits. This generally leads to more runs being scored.

Before the shift became so prevalent, left hand power hitters, in the mold of say Jay Bruce, David Ortiz, and Prince Fielder would do exactly what they would do today: Try to pull the ball hard and in the air for an extra base hit.

When they mishit a ball; when they just didn’t get enough of it, they would be rewarded with a hard hit ground ball base hit, just passed the second baseman. This would allow them to chase those home run totals and extra base hits, while maintaining a batting average of .270-.310.

Those singles would not really help the offense though. It would take at least two more hits in the inning to score Big Papi once he reaches first.

Today, the shift happens throughout every game. When those left hand power hitters try to pull an extra base hit, and miss, those singles are taken away by the shift. They are no longer rewarded for mishitting the ball. This has seen the batting average of these power bats drop anywhere for the low .200s to the .240s.

Banning the shift will not change the approach of the Jay Bruces, the Joey Gallos or the David Ortizes of the Baseball world. These players will still try to pull every thing in the air.

The only thing banning the shift will do, is get Jay Bruce another 10-15 more singles each season.

Many fans scream for players to bunt against the shift. This seems to accomplish the same thing as no shift: Jay Bruce and Joey Gallo types on first base a handful of times more.

These players bunting like this- or chopping a single down the line-actually plays into the defense’s hands. It is one of the reasons teams shift. They want you to go for that easy single. Joey Gallo is not scoring from first, usually. The next batter hitting into a double play is a strong possibility. The defense would rather give up an easy single, than risk these power hitters pulling an extra base hit.

In football, it is like the defense playing back on third down and long. They give up the easy completion, than come up and make the tackle, short of the first down line. They give up the short gain, to prevent the big play from happening.

The solution for beating the shift is to develop young and athletic hitters, and allow them to use that athleticism to drive the ball to all fields.

The New York Mets have Michael Conforto and Dominic Smith who both fit this mold at times.

Throughout their minor league careers, they both consistently drove to ball to all fields. When Conforto made his debut in 2015, this was a real strength of his.

It did not take long for the Mets organization to encourage both players to pull the ball more. Instead of allowing these players to use their natural athletic ability, the Mets fed into the exact things that are driving the shift. Dom Smith has not been the same hitter ever since.

Major League Baseball, and its teams, need to do a better job developing these athletic hitters. Players that drive the ball hard to all parts of the outfield will negate the impact of the shift far more than banning it outright will.

Sent from my iPhone

iThere are no comments