A hot September by the New York Mets has given many fans a glimmer of hope going into the 2019 season.

While 2018 has been a general disappointment for the club, the season has had some bright spots, and has revealed some possible solutions going into next season.

Here we take a look at what next season could look like, starting with the opening, line up. This line up is a semi-realistic look at what the off season could bring. It factors in needs, budget (which all teams have), and options that are at least possible given the Mets history with free agents and trades.

A lot will have to go right for this line up to happen, that is understood. It is highly unlikely the Mets spend $300 million on Harper or Machado. But $50 million for a certain All Star third baseman, is a lot more doable.

1) While Rosario still has work to do, the Mets are better with him leading off. The offense seemed to finally kick into gear when he was moved to the lead off spot.

2)McNeil’s bat to ball skills might be the best on the team. He has been a spark plug for the Mets, and has has the spark plug monicker since college 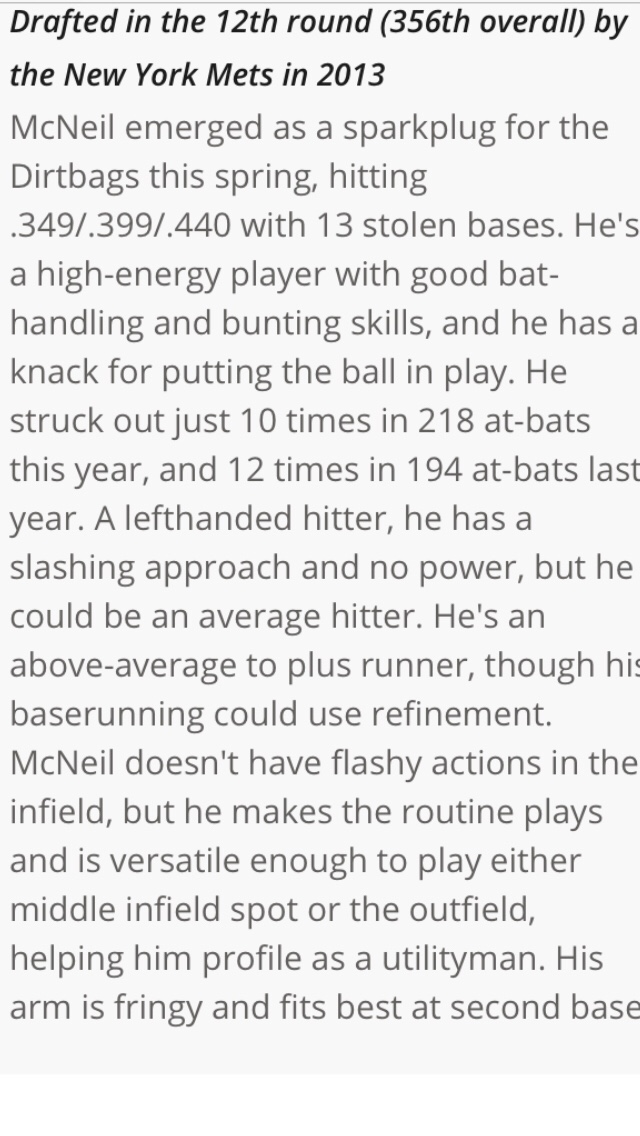 3)Conforto has looked like a different person the second half of the season. It is possible he was still recovering from his shoulder injury at the start of this season. Expect more of this Michael Conforto all next season.

4)Signing Moustakas now might be a year too late for some fans. But he will not cost a draft pick this time, and the market has all but settled on his value. Three years at $15-18 per season should get it done, and adds a powerful bat in the middle of the line up.

5)Watching Bruce hit in September just shows how injured (and stubborn) he really was before going on the disabled list. A healthy Jay Bruce could hit 30 home runs and drive in close to 100 next year.

6) Peter Alonso becomes the New York Mets first full time designated hitter. There have been rumblings about the National League adding the DH for a few years now. Commissioner Rob Manfred spoke at length about it happening sooner, rather than later, during his address at the All Star break this season.

The Mets are the team to benefit most from adding the designated hitter. You might want to bat Alonzo, a righty, fifth, to break up this heavy lefty hitting line up.

7)Todd Frazier and Dom Smith platoon at first base. Frazier is signed through 2019, and Smith is the best defensive first baseman on the roster.

8)catcher. More research is needed, but there are some interesting options out there. More on catching at another time but here is a list of catchers that will be free agents. There are some familiar names on the list. Ramos and Grandal seem to be the two that would have any significant impact.

Who would you pick at catcher?

9)Nimmo. It seems like almost a waste to bat him so low, but here, he can act as a second lead off hitter. His approach just lengthens the line up.

1)Tomas Nido: calls a good game, and is a solid defensive catcher. He is still young and developing, but could eventually turn into a fine everyday catcher. Signing a veteran catcher to start might be the best thing the Mets could to do further Nido’s development. Nido is still the best option as a back up, over Travis d’Anaud and Kevin Plawecki.

2)Juan Lagares. He makes $9 million in 2019. This means he’s not going anywhere. If (IF) he can stay healthy, he can be a solid contributor and still plays a great defense in centerfield.

3)Frazier/Smith. Platoon at first base means the other one is available off the bench. If Frazier can back up second and third, and if Smith can be at least competent as the fifth or sixth outfielder, that would give the Mets more options.

4) Right hand hitting back up middle infielder. This Mets line up is predominately left hand hitting. They need at least one solid right hand hitter on the bench. The Mets also need someone that can back up short stop. This could open the door to one more season of Wilmer Flores.

If the Mets do not think Flores can back up short stop, that might spell the end to Flores’s eventful Mets career, that started when he signed with the club on his 16th birthday.

With the DH, only four bench spots are really needed. The last spot can go to an extra relief pitcher, or an extra outfielder, or it can be an in flux position that changes based on needs.

Yoenis Cespedes was not forgotten about. He is under contract though the 2020 season, and will start 2019 on the disabled list. His return, along with the emergence of Peter Alonoso, will probably prohibit the Mets in adding a high profile outfielder like A. J. Pollock.

While the 2018 New York Mets season was a disappointment, seeing guys like Jeff McNeil emerge, gives hope that the Mets are not far off from competing in 2019. A few key moves could turn their offense into a real threat going forward.

Check back next week for our update on the catcher situation, and our take on free agent bullpen help.

iThere are no comments